November 24, 2021
The other day, I was bopping along to "Cherry" by Fletcher and Hayley Kiyoko on my way to class when I realized that back in 2019, I had another favorite song called "Cherry" that had a very different feel to it. It occurred to me that there's actually a number of different songs that embrace the same fruit title. So I've decided to make a list of cherry songs to see if there's anything that these songs share beyond the title and also just bring awareness to a pretty random batch of awesome songs. Let me know in the comments or Tweet me which one is the superior cherry song! 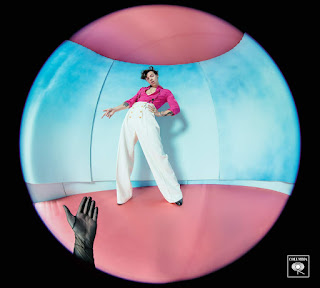 Cherry by Harry Styles
While not chronologically the first cherry song by release date, this is the first of the cherry songs that I'd heard, and it might still be my favorite. Harry Styles has written so many songs that either reference or are titled for fruit ("Watermelon Sugar," "Strawberry lipstick state of mind," "Kiwi") that in the fandom, he's picked up the moniker of The Fruit Man.
Much like "Kiwi," "Cherry" does not actually mention the fruit or the title in the song, and it's not totally clear where the title comes from. Still, "Cherry" has remained my favorite track on Fine Line for its quirky guitar riffs, folky swing, and snarky, stung break-up lyrics. While Harry loves a good metaphor and many of his songs feel a bit like mystical puzzles to get to the core feelings of the matter, this song is pure honesty and realness. Every single lyric is perfectly on point, and the scattered lines feel like a stream of conscience rambling trying to make sense of a failed relationship.
favorite lyric: I just miss your accent and your friends / do you know I still talk to them?
(and a close second is "does he take you walkin' 'round his parent's gallery?") 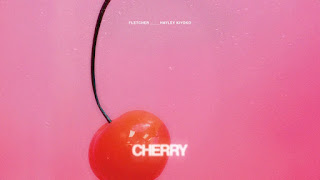 Cherry by Fletcher
Jumping to the newest cherry song, Fletcher and Hayley Kiyoko take the concept in a totally different direction making a flirty, fun LGBTQIA pop anthem. With plenty of quirky moments like rhyming "cherry" with "Cari" and "Hayley," this song is super bubbly and is catching people's attention on TikTok for its infectious melody. Unlike the sad reflectiveness of Harry Styles's "Cherry," this song symbolizes the very earliest stages of a relationship.
But there is one interesting thread that connects these songs outside of the title. In the chorus, Fletcher sings, "We should rendezvous sometime mon cheri." Harry Styles fans have speculated that his "Cherry" could've been titled that way as a play on the similar sounds of "cherry" and "mon cheri". The fact that this song is about his French speaking ex-girlfriend whose voice is sampled on the end of the track only adds to the feeling of legitimacy of this theory.
favorite lyric: hello, nice to meet you, my name's Cari 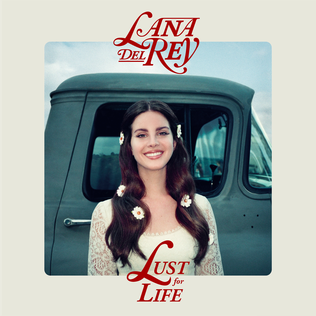 Cherry by Lana Del Rey
I'd never actually heard this song until I did some research into other cherry songs to write this listicle. This track comes off her 2017 album, Lust for Life. It's pretty standard Lana fair with heavy, brooding vocals and old school images that fit her old world glamour persona. The song plays on her favorite tropes of an intense relationship that plays with a romanticization of an all consuming, toxic love. Cherries, here, are name-checked in the song just like Fletcher's but features a slower tempo and reflective quality more like Harry's song. Lana is forced to reconcile how "cherries and wine" have been ruined for her by this love.
favorite lyric: my celluloid scenes / are torn at the seams 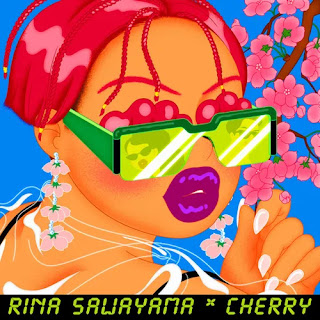 Cherry by Rina Sawayama
Rina makes truly fascinating music. It's not my everyday listening taste, but every time I'm reminded of one of her songs, I get immediately sucked into her world of glossy 2000s pop with surprising, futuristic edges. The chorus here has an absolutely undeniable melody that you have to positively melt into and also shares a fizzy, excited quality of first love that makes it the perfect companion for Fletcher and Hayley's "Cherry". The story here also happens to be quite interesting and detailed as Rina contemplates cheating with a girl whose eye she catches on the subway because she makes her feel a connection to her nostalgia for her teenage self. I'm glad that I decided to dig into songs I hadn't heard yet with this title because this one is an absolute gem that I'd never heard because it was a 2018 single and not on SAWAYAMA.
favorite lyric: with one look you take me back to everything I used to be / when everyone was 17 with no ID 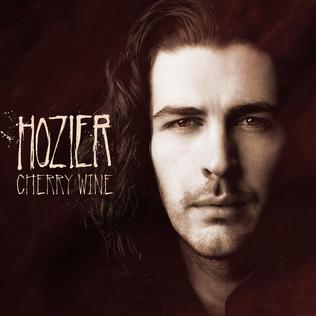 Cherry Wine by Hozier
This one is maybe slightly a stretch, but this song is such an iconic song on the internet that it was one of the first that came to mind when I started brainstorming cherry related songs. While I've personally never been able to get into Hozier, he does have a shockingly devoted niche of people who love him, and this song has oddly seemingly transcended Hozier himself to have a hold on everyone.
Fletcher and Rina have pretty equally matched pop tracks, and conveniently, Hozier's "Cherry Wine" makes a pretty fitting pair with Harry Styles's spin on the title. While Harry's song is much brighter sonically over its dark subject matter, both of these songs are brooding and feature distinct, intricate guitar patterns that anchor the song. To tie it into the Lana track, the lyrics show a romanticization of an abusive, toxic situation that's gone way too far. The thick metaphors and imagery is good at eclipsing the true severity of the situation. There is something very satisfying about the male confessional singer-songwriter vibe, and I could see adding this song to a Sad Girl Autumn playlist in the future.
favorite lyric: the blood is rare and sweet as cherry wine