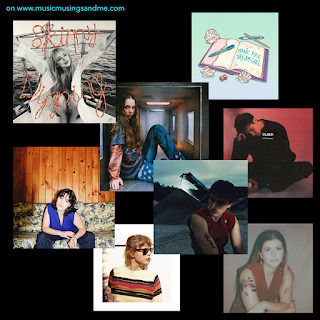 Happy October everybody! September was an AMAZING music month. I had new songs I was super excited for every single week, and I had some exciting random discoveries as well through the glories of streaming algorithms and social media.
My playlist for September was so long that I had to break it into two separate playlists. Here's a condensed (yet still very long) version of that playlist and a recap of some of this month's blog articles and YouTube videos. In September, I also got to see live music again for the first time since March of 2021 which was glorious. I'm so excited to go to more shows all through October and have the chance to see so many of my favorite artists. Looking ahead to this month, there are also a ton of exciting releases that are on the horizon that are shaping up to make October an equally exciting musical month.
Let me know in the comments which September song is your favorite at the moment! 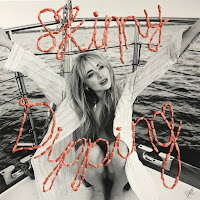 My first musical surprise of September came from Sabrina Carpenter. Even though I hadn't been much of a fan of her recent releases like "Skin", I remembered JP Saxe had been posting Instagram stories with Sabrina in the studio. Even though I didn't know the credits on "Skinny Dipping" before I decided to give it a listen, I immediately knew JP and Julia Michaels had to have played a role in it. The song had JP's signature conversational lyrics in the verses and the chorus had Julia's signature melodic feeling.
This release seems to majorly turn over a new leaf in Sabrina's career and introduces her more in the singer-songwriter vein of pop instead of the Ariana Grande-like path she'd been headed down before. I'm glad they're putting more emphasis on Sabrina as a songwriter and pairing her with such talented writers to restart her career on a better foot that's making me excited for her next release
I was so glad that I got my first reaction to the song on tape, and it was so much fun to hear from tons of Sabrina fans in my YouTube comments.
Also, I have to give Sabrina major props for her recent merch collection! From the crewnecks to the journals, everything is super subtle and cute.
YouTube Song Reaction
Listen on Spotify
Listen on Apple Music
Listen on YouTube 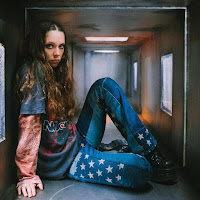 I have Gracie Abrams to thank for my discovery of British singer-songwriter Holly Humberstone. When "Scarlett" released this month, Gracie shared a story about it on her Instagram, and since I love Gracie's music, I decided to check it out. I found that they both have the same gift for simplistic yet expansive storytelling. When I pulled up Holly's music on Spotify, I realized I'd liked another one of her tracks, "Vanilla", a while ago before losing it to the Spotify void.
While I loved "Scarlett"'s hook of "we go together like bad British weather and the one day I made plans", it was a rambly confessional lyric on "Vanilla" that cemented my interest in Holly's music. In the first verse, she sings, "I need a cure for all this apathy/I'm spending way too long on WebMD/Not so sure it's good for me/But I guess I feel a little nauseous/Think I should be cautious". I immediately felt called out in the best way possible by this little detail.
I also happened to find out about a week after adding these songs to my playlist that Holly was doing a quick US tour basically through LA and NYC, and I immediately grabbed a ticket to go see her at the Roxy next week. No, we don't need to talk about how much impulsive concert ticket purchasing I've done this month...
"Scarlett" Song Review
Listen on Spotify
Listen on Apple Music
Listen on YouTube 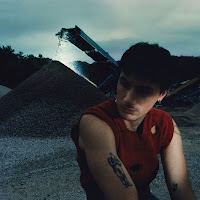 Yesterday, I published an entire album review of Jeremy's new album, CRUSHER, but since this is a September recap list, I'm going to save my favorite album tracks for the October favorites. For now, I'm here to introduce you to this true pop smash, "Therapy", about the whiplash of loving someone who truly needs more help than you can give them (and trying not to). Emotionally fraught while shockingly upbeat, this song works well if you want to dive deep into some confused feelings or simply focus on the excellent drum track.
"Therapy" Song Review
Album Review
Listen on Spotify
Listen on Apple Music
Listen on YouTube 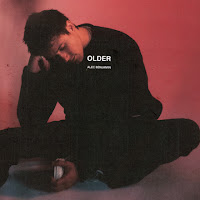 I need to stop forgetting about Alec Benjamin so often! I've had random songs of his on my playlist for so many years, but I never know when he's releasing new music. Well, "Older" was the perfect song to suck me back in because I will take any excuse to freak out about growing up through music, and that's exactly what "Older" is. He perfectly encapsulates that particular flavor of anxiety beautifully.
"Older" Song Review
Listen on Spotify
Listen on Apple Music
Listen on YouTube 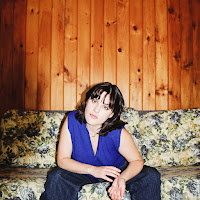 I am so excited I randomly discovered Maisyn's music when she took over Luna Collective's story and comped her music to Sally Rooney books and "All Too Well". While I have mixed feeling about Rooney's books, I have started to realize I really like music from people who are big fans of her books, and I will go wherever the words "All Too Well" are spoken.
I'm so glad that I did because Maisyn's music is a true gem with her EP, Cool Grl, full of so many songs about figuring out life, love, relationships, growing up, and feeling like you never truly knowing what's going on at any given moment. If you like the artists I regularly blog about, I promise you will be super into this EP. It has given me the perfect indie movie soundtrack vibes for walking around campus pretending like it's fall lately.
(And if you've made it this far down the list, you deserve to be in on a bit of surprise. I had the chance to meet up with Maisyn to talk about the EP and tons of other things, so keep your eyes peeled for that story coming soon!!)
Listen on Spotify
Listen on Apple Music
Listen on YouTube 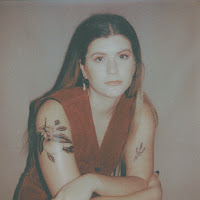 What If I Love You

Gatlin was another random musical gift brought to me by the Spotify algorithm when the Cool Grl EP finished. As much as it scares me, sometimes that algorithm does wonderful thing. This song just feels incredible. The floaty background vocals and the lyrics trying to peace together a broken heart are just impeccable. Given that it's already skyrocketed to a million listens, I'm clearly not alone in loving this song.
Listen on Spotify
Listen on Apple Music
Listen on YouTube 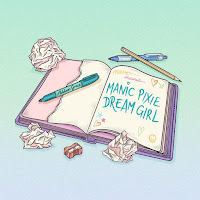 Addison Grace opened for Cavetown at the Hollywood Forever show that I was lucky enough to go see last weekend. I wasn't familiar with Addison's music before the show, but I immediately fell in love with her personality as she shared her nerves and joked with the audience. Their music mirrors their bubbly personality. As someone with a fascination of with the Manic Pixie Dream Girl trope as a devoted lover of early John Green books, this song that they played as the last of their set caught my attention.
Cavetown Show Vlog
Cavetown Concert Memory
Listen on Spotify
Listen on Apple Music
Listen on YouTube 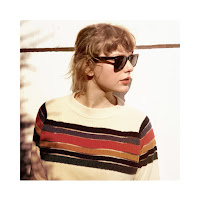 How was I going to not include Miss Swift on this wrap up? It's amazing that she's released music so consistently all year that she's been in nearly all of my monthly wrap posts. I definitely didn't see a new release from 1989 coming, but TikTok gets what TikTok wants, and the "Wildest Dreams" trend is pretty cool. Taylor has defined eras and created so many distinct, iconic ones that I think she's melting Swiftie's minds by running five different eras at once, but I'm starting to think we're just going to have to get used to it.
Also, if you haven't heard, Red TV has been moved up a week so we can start Sad Girl Autumn even sooner.
What Era Are We In? Taylor Releases "Wildest Dreams TV"
Listen on Spotify
Listen on Apple Music
Listen on YouTube 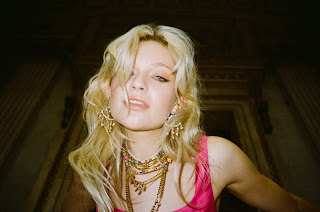 Dylan arrived with a last minute addition to this absolutely packed September list! Trading cinematic scores for trendy pop-punk, Dylan shows off her versatility with "Someone Else". I love a good, angry song, and the slinky melody of the verses and prechorus give me chills every time. I'm so excited to see what else Dylan does because I've absolutely loved her most recent singles.
Someone Else Song Review
Listen on Spotify
Listen on Apple Music
Listen on YouTube