What Era Are We Even In??? Taylor Swift Drops "Wildest Dreams" Taylor's Version 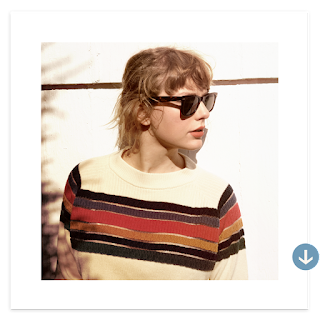 Taylor Swift has created many a shocking morning heart stopping moments over the last year in a half. Waking up to two surprise albums, two re-recording album announcements, and a TikTok of Olivia Rodrigo and Conan Gray teasing "You Belong With Me TV" and "White Horse TV" on the Fearless TV release day did not prepare me for the shock of trying to process the fact that "Wildest Dreams TV" was dropped this morning without an Easter egg in sight. With Red TV, releasing this November, yet to have a lead single, I was not expecting even more eras to get thrown into the mix to further complicate the Folkmore-FearlessTV-RedTV era panic.

The only thing that isn't a surprise about this release is the fact the fact that "Wildest Dreams TV" was completed. The song was featured in an advertisement for the animated movie Spirit Untamed back at the start of the summer. Fans originally suspected that 1989 TV would be the summer rerecording release and that "Wildest Dreams TV" would debut as the lead single sometime before the movie's release considering Taylor started the rerecording era by releasing "Love Story TV" to coincide with a Ryan Reynolds helmed Match commercial. Taylor likely finished rerecording the entirety of 1989 this past spring.

When that didn't happen and we made a hard pivot towards fall with an early announcement that the next rerecording would be Red TV all the way in November, everyone was more than a little surprised, but since then, we've started to settle into the Red era even without a single. Plans changed when TikTok, as it often does, developed a mind of its own on which Taylor song they wanted to package into the next trend. Fans started to make dreamy, slow motion zoom videos while mouthing the lyrics to "Wildest Dreams", probably a holdover from everyone getting so excited for a rebirth of the 1989 era. Because the new version of the song wasn't out yet, everyone used the old audio, but that's definitely been less than ideal for Swifties who want to support her rerecording cause.

Three hours ago, Taylor uploaded a video of an audio file playing with text over it that said "if you guys want to use my version of wildest dreams for the slow zoom trend, here she is!" with additional text at the bottom that read "felt cute might drop the whole song later 😝" playing on the popular meme format. True to her word, shortly after, "Wildest Dreams TV" appeared on streaming services in a spontaneous early morning release.

Taylor even eventually got in on the fun of the slow zoom trend herself making a new video to address everyone's era panic. Sitting at a table devotedly painting her nails red, Taylor is seen in overalls with text over her head that reads, "You set a date in November with Red but then someone mentions 1989". The video shifts to Taylor standing on a balcony in a sundress, signature red lips smiling with the sun whipping her hair dreamily as the camera slow zooms. This TikTok and the single cover art for "Wildest Dreams TV" gives a first look at what the updated take on the 1989 era looks will be. Taylor takes the vintage feel in a new direction with more muted colors, desaturated images, and classic cuts giving a new edge of maturity to one of her most iconic eras of fashion.

Your guess as to what comes next is as good as mine. TikTok continues to rule the decision making in the music industry of 2021, and insiders have suggested that the release of this single was truly a last minute decision. It makes sense that Taylor wants to capitalize on the trend to further promote her mission in rerecording and prevent those who still hold her original masters from continuing to profit off of the trend.

Taylor recently joined the platform after firmly resisting it for a number of years, often telling young artists that they don't have to jump on the trend or listen to industry pressures if they don't want to. While Taylor's arrival on the platform felt like a disconcerting turn for the music industry, her use of TikTok has been incredibly fun. Considering the fact that she mostly uses her videos to poke fun at herself and make cat content, her presence feels more like a truly fun, personal, genuine choice than one of a music industry giants finally being forced to conform to the trendiness of the app.

This release does beg the question of whether this was a random one-off moment spurred completely by TikTok or if we can expect more era-blending from Taylor in the future. Also, I'm still wondering if we're going to get any new singles for the Red TV era prior to release. She has bypassed all the major dates Swifties have anticipated releases on, and she doesn't seem to be following her prior pattern for Fearless TV. Nevertheless, fans are hoping for an early listen to "I Knew You Were Trouble" or the ever iconic "22". It looks like we'll just have to see what October holds.

Lorde Speaks to Our Chronic Numbness On Mood Ring