August Pop Preview: Singles & Albums Not To Be Missed From Halsey, Lorde, Finneas, and More 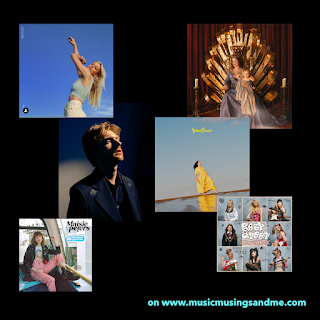 Hello and welcome to a brand new month packed utterly full of music. To quench the end of summer sadness, there's almost more new music than I can keep up with. While there's a few singles sprinkled in, August is mostly full of some of the most anticipated (and surprising) albums of 2021 with releases from major names like Halsey and Lorde. And only 3 days into the month, this list is sure to expand with plenty of surprise announcements too.

Before I get into the music you need to look out for, I wanted to note that this post is an expanded and adapted version of a segment my newsletter subscribers got to read first! If you weren't aware, Music, Musings, and Me has a (mostly) weekly newsletter that comes with updates on the blog posts and YouTube videos of the week along with a freshly curated mini playlist and sometimes occasional special segments about upcoming releases, new music announcements, cool podcast episodes, or live event updates. The newsletter is totally free and always packed with a full pop music update, and you can subscribe on Substack at any time! 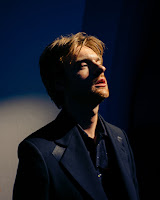 "A Concert Six Months From Now" by Finneas

Finneas wasted no time after the release of his sister's album, Happier Than Ever, to get the ball rolling on the release of his own sophomore album. Announced on Sunday, Finneas's new song is debuting at a yet to be announced time this Thursday (August 5th). This came a day after a clip of Finneas wandering through a dark theater with the caption "It's time," seemingly ushering in a new era two years after his first record Blood Harmony. Thanks to Finneas's Twitter, fans know that the record has been totally finished since the start of summer, and there's a fall tour routed, but its announcement is dependent on how COVID progresses. This single seems to continue Finneas's recent trend of writing about current events ("Where the Poison Is," "What They'll Say About Us," and "Can't Wait to Be Dead"), and I'm excited to see how his sound will progress. 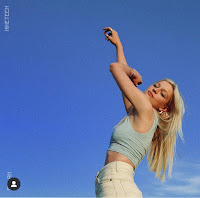 I randomly stumbled into DYLAN's music on either Instagram or TikTok a couple months ago. She'd made a video with an infectious clip of chorus that I couldn't get out of my head. This is honestly a rare occurrence because I rarely end up looking up artists who flash past my screen on TikTok. After gaining tons of traction, it's finally releasing in seventeen days. I can't wait to hear the entire track and soak up all those good coming of age movie vibes. 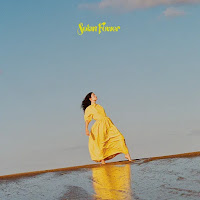 Lorde resurfaced after a 4 year break earlier this summer, and she’s not waiting around on delivering the album. With “Stoned At the Nail Salon” and “Solar Power” out already to offer hints at what’s to come, I expect a light, whimsical sound mixed with Lorde’s signature gut-punch observations. I love how effortlessly Lorde evolves, and while her sound might shift in major ways through the years, you'll always know when it's Lorde. I'm most intrigued by track titles "Mood Ring" and "Secrets from a Girl (Who's Seen It All)," and I'm excited to dance to "California" after Lorde specifically mentioned it in her 73 Questions interview with Vogue. 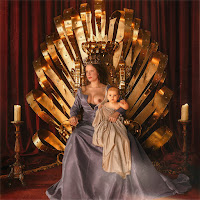 If I Can’t Have Love I Want Power by Halsey

Much like Lorde, Halsey returned with a bang, though she never really disappeared. I was completely surprised by the announcement of Halsey’s fourth album so soon after Manic and in the midst of her becoming a new mom. In a way, though, I wasn’t at all surprised, as they never seem to quit working. This seems to be shaping up to be the punk album Halsey fans have been begging for with collaboration from Trent Reznor and Atticus Ross from Nine Inch Nails, and it comes with an accompanying iMAX movie debuting in theaters a few days ahead of the album release. Tickets are on sale today for the limited showings.

I wrote a blog post on how the IICHLIWP universe was formed ahead of the album release. 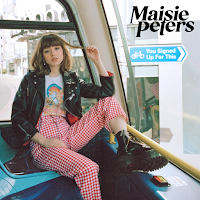 You Signed Up For This by Maisie Peters

August 27th will be a packed day with two of my favorite artists releasing albums at once. Maisie is a 21 year old artist out of the UK who just signed to Ed Sheeran’s record label. I’ve been a huge fan of her music for a couple years now, so I can’t wait for more of her confessional storytelling and folk-pop sound on this new record. She recently just leaked a part of the title track on TikTok, and I've already fallen in love with the details of the opening verse. I can't wait to hear the rest of YSUFT, and I'm very intrigued by the titles "Talking to Strangers" and "I'm Trying (Not Friends)" from the fifteen song track list.

The Yearbook by Baby Queen

I know this is technically a September album, but it comes out so close to August, I couldn’t resist throwing it in. I’ve been a huge fan of Baby Queen since I discovered her back in January. Though this project is technically called a mixtape, The Yearbook is going to be Baby Queen’s first full length release- essentially her debut album. With her chameleon-like pop sound traversing many themes and genres, I can’t wait to see all the characters she’s created so far blend together on this project. Of the six yet to be released tracks, I'm most excited to hear "I'm a Mess" and "Baby Kingdom."
More on Music, Musings, and Me...
July Pop Releases Not to Be Missed
Pop Stars Speak Out Against Their Labels
Lorde is the Blueprint for the Social Media Free Pop Star
Yet Another Halsey Mystery