What You Need to Hear in Pop 7/12~ Baby Queen, Conan Gray, Clairo, and Halsey 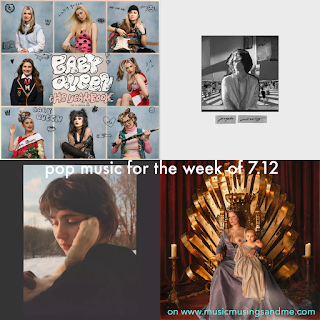 The week of July 12th is shaping up to be an exciting week for pop music fans. Nearly every day this upcoming week, there's new music releasing from some of my favorite artists. Because there are so many releases that are not to be missed, I'm going to fill you in now so that you're ready for all the amazing music heading your way.

Featured Artists & Where To Find Them: 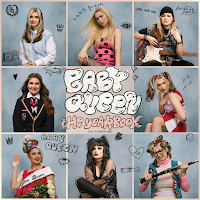 Baby Queen is leading the 2021 pop game. She's a severely underrated pop artist out of the UK, and she effortlessly glides through different ends of the pop spectrum. Her lyrics are always achingly real.
Last Tuesday, she announced on Instagram that "You Shaped Hole" would be coming in a week along with a notes app screenshot of some of the lyrics and a voice memo of the original idea sung a cappella. The lyrics prove that Bella will keep up the trend of writing incredibly thoughtful lyrics. In part, the note reads, "I stayed alive only to prove to me/that I can live without you/I can breathe the air in places you have never been/to shine for people you will never meet".
After a series of excellent singles from "These Drugs" to "Dover Beach" to "American Dream", this release promises to provide more excellence. I'm not sure yet if this will be out in the morning in the US because Bella is a UK artist or if it will be a midnight release too, so keep your eye on @queenofthebabies or @kingdomofthebabies for updates on the exact release time.
This song is the next single off of her upcoming mixtape (not sure why it's not labeled an album?) called The Yearbook, out September 3 and available for preorder. 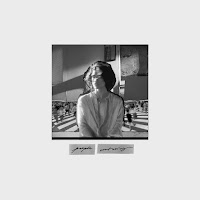 Ask any Conan Gray fan and they will tell you this release has been a long time coming. A seriously looooooong time. He started teasing "People Watching" well over a month ago on his Instagram, first sharing a verse and then later giving everyone the chorus as well. I now know the chorus inside and out, backwards and forwards from the number of TikToks he's made featuring this short snippet.

Fans were surprised to find out after so much waiting that the song is releasing at a rather unconventional time- Wednesday night at 7pm EST/4pm PST. So if you want to listen to the release in real time, make sure you set a reminder.

Wracking up presaves has been the main mission of the song over the last month. Conan has announced he'll return to Twitter for a week if the song gets over 100,000 presaves. Last week, he announced an additional incentive. If you presave the song and then fill out the accompanying form, you could win a piece of merch from the brand new merch line dropping Wednesday with the song.

From what's been shared online, "People Watching" sounds like it will be another cinematic song like Conan's last single "Astronomy". I can't wait to finally hear the whole song, and hopefully an album announcement will be on the way soon. 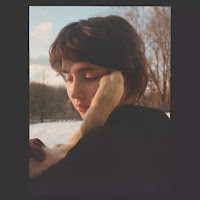 I have to admit, I'm a bit late to the Clairo bandwagon. When "Bags" was huge, I wasn't really into the sound, but in the last year, I've really come around to it. I also loved her episode of Song Exploder explaining how "Alewife" came to be. With her new album, Sling, produced by Jack Antonoff and touched by Lorde, I'm definitely excited to see what's to come on the long awaited follow up to her acclaimed debut Immunity. 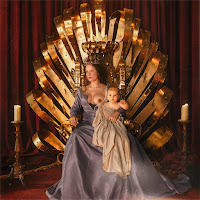 The rumor mill (more like fans, but you should always listen to Halsey fans with theories cause they're good at this stuff) has been churning over the idea that Halsey will drop her debut single for her new album If I Can't Have Love, I Want Power this week. After an elaborate unveiling of the album at the MET last week and a presale of about 70 versions of the vinyl, the obvious next step is letting everyone get a taste of what the album will sound like. Co-produced by Trent Reznor and Atticus Ross, this album, covering themes of pregnancy, childbirth, and bodily autonomy, proves to be a new direction for Halsey as she makes a return to the concept album.
Releasing one of the 13 tracks next week would definitely make sense. And some fans who received the album announcement postcards are speculating that the single could release on July 14th because of a wax seal on the postcard that reads H4 aligned in a way that looks like a 14. Other fans think a traditional Friday release would make more sense for the beginning of a new era. Regardless, I wouldn't discount the chance of some new Halsey shaking up the week. If you want to hear more about how IICHLIWP came to be, I've made a post chronicling every step of the journey.
Which new release are you most excited for? Let me know in the comments or find me on Twitter @mslaniebrice!
More on These Artists:
Stop What You're Doing and Go Listen to Baby Queen
I Might Have Found My Song of the Summer- Dover Beach
American Dream First Listen Reaction
Artists of the week Baby Queen clairo Conan Gray Halsey List Music News my playlist Singles Weekly Update