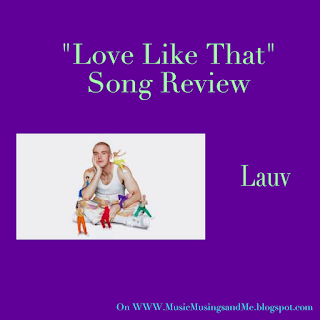 "That weekend, we were sleeping in that London hotel room
Heard you singing in the shower
Damn near broke my heart in two
I don't deserve you


And it hurts to"
Throughout the song, my favorite parts of the lyrics go back to that idea of love hurting and not because it's bad or wrong or either of you are a bad person. It's hard to not be able to give what you get. And it's hard to end something when the other person is trying so hard for you. Overall, whether you want to wonder about the complexities brought to light by the lyrics or just sway to the comforting melody, "Love Like That" delivers in every way.